I thought I’d breastfeed until she was two. Honestly I was just so happy that I successfully breastfed her at all! I recently wrote about our breastfeeding journey and why I decided to wean at 17 months. Leading up to that day was stressful. I didn’t want to make her sad. I see many moms who postpone weaning for the same reasons. They want to wean, but they don’t want their babes to cry. Here’s how we tackled weaning from breastfeeding with minimal crying.

Oh yes, let me stress the word MINIMAL, because we definitely cried. Both of us. But it was much better than I expected.

The first day was tough. We were down to just naps and nighttime (ALL night some nights), so when we woke up that day, I just didn’t initiate it at all. Right before her nap, I put bandaids on my nipples to cover them up. I showed her and told her they were ouchies – a word she had heard a few times before but she really didn’t understand the concept of bandaids. For us, it was more of just a visual barrier.

We laid down to nap and she fussed. She cried. She asked for milkies and I told her they were all gone. I think it took 30 minutes of crying/fussing and she was out. I was shocked at how easy it was!

That night was tougher. She cried more and begged for milkies. I held her and we rocked, swayed, and I rubbed her back until she eventually fell asleep. I realized just how hard it was for her to settle herself without nursing. So I was ok with helping comfort her in other ways for now.

Day 2 of Weaning from Breastfeeding

Day 2 was the pits. Nap was awful. Nighttime was worse. We both cried. I wanted to give in so badly but I knew it wouldn’t be fair to her if I stop – start – stop again. I needed to stay consistent so it would end quickly. Again I waked her, rocked her, held her and swayed her until she fell asleep.

I’m not sure what day it was that I decided to break out the Tula, but it was a game changer. Aren loves to be worn and has always seemed to calm and settle easily that way. I put her in and walked around her room until she fell asleep. Boom. Put her down. Again at bedtime, I wore her in her bedroom with the white noise on until she fell asleep.

One night she was still fussy and didn’t want to fall asleep so I pulled out a new trick. I wore her around the house while I put away laundry and decluttered some counters. She was half asleep by the time I walked in her bedroom and was out without a peep. The next day? We vacuumed. I vacuumed our hardwoods for nap and bedtime three nights in a row. My floors have never been so clean.

I also considered looking for a mop that might be as noisy as my vacuum. I didn’t want to stop a good thing. But then I remembered I’m 20 weeks pregnant and this can’t continue forever.

The Turning Point in our Weaning Journey

On day 11, I wore her at night as usual. We cleaned the kitchen counters, put some things away, and got somewhat drowsy and quiet. Then I took her out of the Tula.

We got in her bed with the white noise as usual. She let out one tired “mama” but didn’t cry. She snuggled against me. She ended up tossing and turning a bit, talking to the blanket and growing at the ceiling, crawling on my face and kicking me as she settled down. But never cried.

And then suddenly, with her head on my chest, she was asleep. I stayed there a bit longer just listening to her breathe. I felt like we had finally reached the point where she could fall asleep without nursing.

She still needs me for now, but that’s ok. I know she doesn’t need my milkies, and that’s a relief. Her dad can actually wear her to sleep if I’m not home. Eventually we will work toward her falling asleep without me wearing her at all, and without me snuggling her in bed. But I’m ok with taking it slowly and gently.

There are plenty of people who use different methods to wean from breastfeeding, and that’s ok. There are many ways to wean and to help a child learn to sleep more independently without nursing all night. This is what is working for us. I hope this helps at least one mama to know that weaning can be done, gently, and with success.

Read here for why I decided to stop breastfeeding my son at 6 weeks – another difficult weaning from breastfeeding decision, but one that changed our lives. 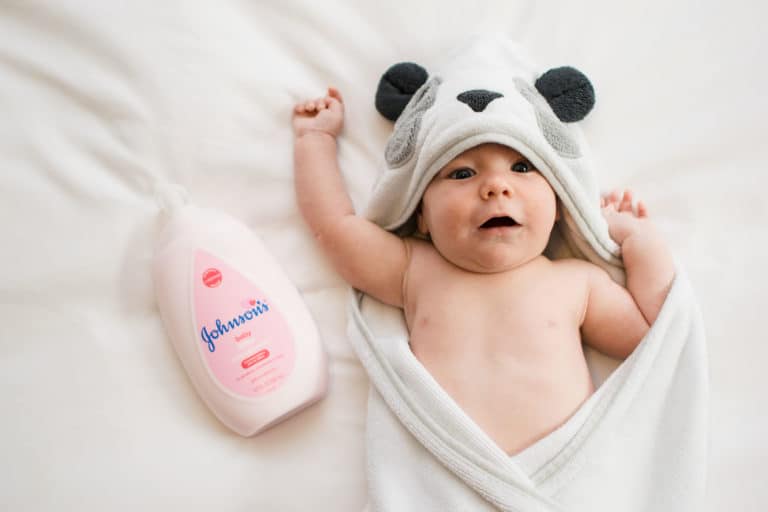 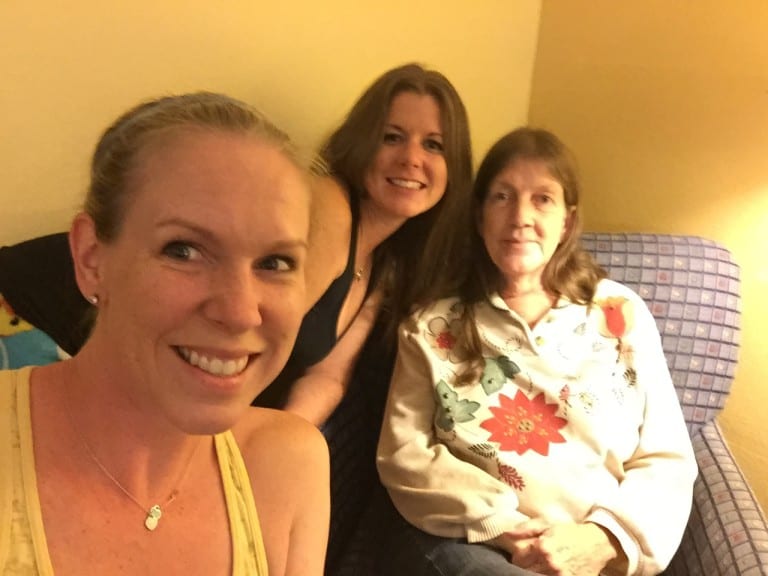 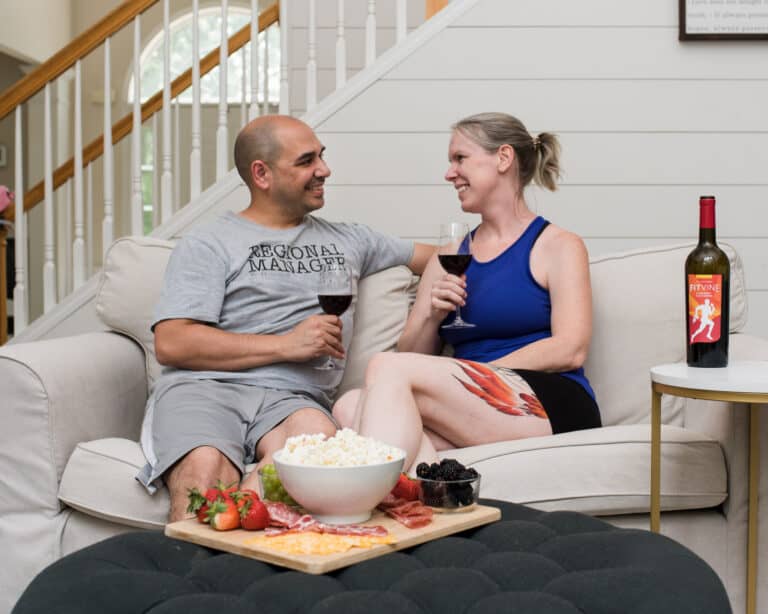 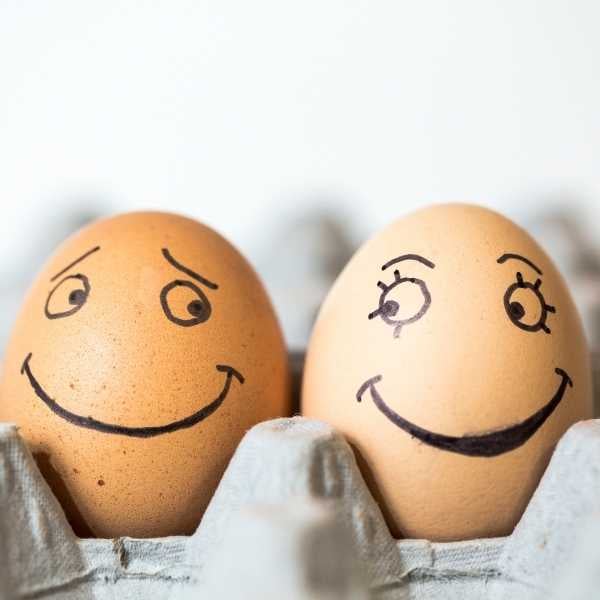 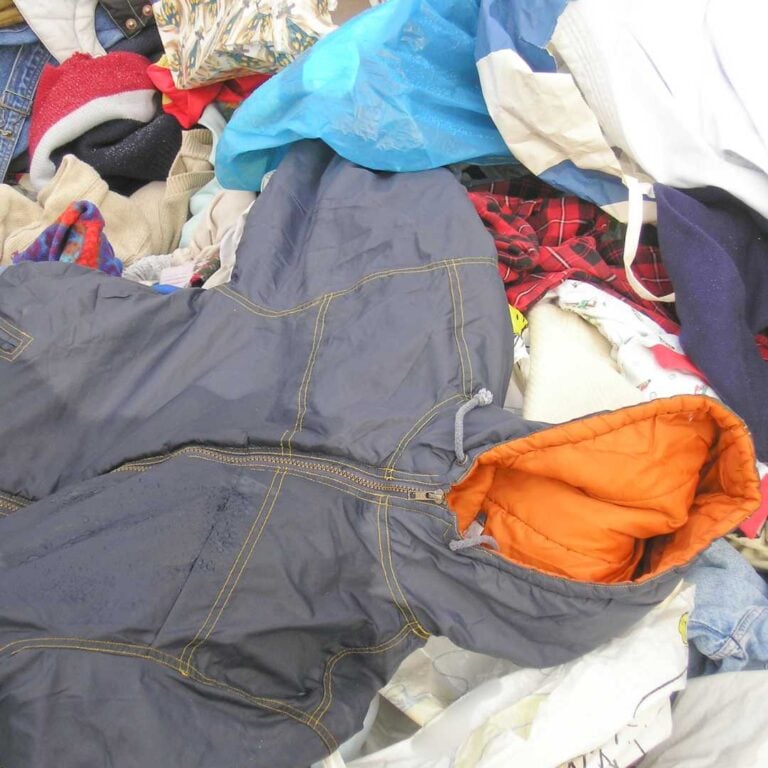